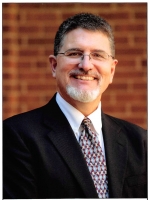 Ben and his wife Amy live in Burke, VA. They enjoy their adult children, Hannah (and son-in-law Jake), and Duncan.